Off The Beaten Track: Is Ghana the New Sweden? 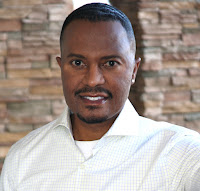 Kwei Quartey was born in Ghana and raised by an African-American mother and a Ghanaian father, both of whom were university lecturers. Even though his professional writing career began after he became a physician, his desire to be a writer began at the early age of eight. Kwei Quartey’s debut novel, WIFE OF THE GODS, was released by Random House Publishers in July 2009. CHILDREN OF THE STREET is his second work (2011), and he is working on a third, MURDER AT CAPE THREE POINTS, with Ghana’s new oil industry as a backdrop. Kwei Quartey now lives in Pasadena, California. He writes early in the morning before setting out to work at HealthCare Partners, where he runs a wound care clinic.

A bookseller and friend of mine once jokingly said in reference to the increasing number of mystery novels coming out of Africa, “Ghana is the new Sweden.” It would be a stretch to say that was the case for international travel, but this year, the influential travel guide Frommer’s included Ghana in its list of Top Destinations 2012. Coming on the heels of being cited by Economy Watch as the fastest growing country in the first half of 2011, this Frommer piece gave Ghana another boost. So what, besides an impressive GDP growth rate, does the country have to make it worth a trip?

I grew up in Ghana until my late teens. My mother is black American and my late father was Ghanaian. The political turmoil of the ’70s and ’80s pushed my mother to the decision to leave Ghana with my brothers and me and return to the United States. Since then, Ghana has radically changed, with a stable democracy and a booming economy. Because of all the development that had occurred during my nearly 20-year absence, when I visited Ghana in 2008, I did not recognize much of the capital, Accra. The long-necked cranes towering above new buildings on the skyline are a constant reminder that this is a country in rapid transition. Old and traditional ways with the fast pace of modernity make for some interesting and sometimes frustrating incongruities that are part and parcel of the Ghana experience.

Like many cosmopolitan cities, there’s a whirlwind of things to see, hear, smell, touch, and taste in the city of Accra. Above all, get ready for some agonizing traffic jams while you’re pressured by street hawkers to buy items ranging from ice cream to bewildered week-old puppies.

Places like Nima, a sub-city, are a spectacle of commerce and people on the move, particularly its marketplace. It may not be quite as chaotic as Mumbai can be, but it is plenty kinetic.


There’s something for all tastes. If you want a kind of bourgeois detachment from Accra’s everyday life of everyday people, stay at the Mövenpick Hotel or visit for Sunday lunch.


If you want to see the worst of environmental conditions and where some of the West’s discarded televisions and computers end up being processed in an informal recycling system hazardous to one’s health, go to the Agbogbloshie slum.


The handful of monuments to see in Accra may not bowl you over, but more interesting is the history behind them—for instance, Ghana’s independence from the British in March 1957, the first in sub-Saharan Africa.

Accra has older reminders of the colonial and slave-trading past at Ussher Fort near James Town, which is the oldest part of the city.


The dilapidated Ussher Fort is supposedly scheduled for renovations and conversion to a museum. The sooner that is done, the better. It could generate revenue for Accra, as does the must-see National Museum of Ghana.

While Ussher Fort has been allowed to deteriorate, things are better with other forts and castles erected by the Portuguese, Dutch, British, Danish, Swedish, and German occupiers who came centuries ago for gold and slaves. The Cape Coast Castle, Elmina Castle, and Fort Metal Cross should be included on your itinerary. Here you will find organized and formal tours, and Elmina has a good bookstore.


Many streets in Accra are in bad shape, but it’s a pleasantly different story with several intra-city roads. For example, the route from Accra to Sekondi-Takoradi is silky smooth, and the landscape is a refreshing relief from the madness of the city.

Takoradi itself in comparison to Accra is like going from cacophony to peace. This is my favorite town. It is green and lush and has a relaxed and completely different atmosphere from Ghana’s capital.


The discovery by Tullow Oil of huge amounts of petroleum offshore has already begun to affect Takoradi, and one hopes that it will be all for the better, but caution is being sounded about the possible downsides of a 21st century style gold rush. Takoradi and the oil industry is the backdrop for my third novel in the Darko Dawson series, Murder At Cape Three Points, in which I hope to capture the radically different flavor of Takoradi compared to Accra, the setting of the second Darko novel, Children of the Street.

The Western Region in which Takoradi lies has the highest rainfall of all regions, which explains its rich vegetation, forests, and prized wetlands.


However, the Central Region also has majestic forests to boast about, most notably its Kakum National Park. I confess I have not been, but I don’t know many first-time visitors to Ghana who have not. It’s on my to-do list, as is Kumasi, the second largest city in Ghana that I haven’t seen since childhood. I also need to revisit the northern part of Ghana, which is a completely different world from the south.  From the hot, desert-like conditions of the north to the relatively cool environs of Mount Afadjato, Ghana has varying climates in between.

The Frommer piece states: “Ghana provides a perfect introduction to African travel.” This is probably true. It could serve as a less jarring culture shock to the Westerner venturing into Africa for the first time, providing a gentler introduction to “roughing it” in West Africa than other less developed countries of the region might. However, in response to the Frommer article, a traveler with a different viewpoint commented, “Avoid it [Ghana] at all costs if you are gay and traveling with your partner, or find fundamentalist Christian fanaticism offensive.” Ghana is certainly a conservative society, and there has been a surge of religiosity and mega-churches. That said, I might rephrase this fellow’s comment as follows: “If you are gay and traveling with your partner in Ghana, behave just as you would in many conservative parts of the United States: be discreet, don’t make gayness a crusade, and don’t do anything stupid in public. If you find fundamentalist Christian fanaticism offensive, handle it the way you would in the U.S.: ignore it. There’s plenty other stuff going on in Ghana to allow you to do that, and like most everyone, these issues won’t have any significant bearing on your trip.

So go to Ghana with an open mind. The fun is watching before your very eyes, the process of development in a country with great potential but persistent nagging problems that remain to be ironed out. What you won’t forget are the friendliest smiles you are likely to encounter anywhere. You’re likely to want to return, because as once an expatriate explained to me, even if you get out of Ghana, you can’t get the Ghana out of you. From my standpoint as a mystery writer, this West African virtually at the center of the earth, is the best place to set crime fiction while telling an unfolding story of a county’s promise, rapid change, and the mixing of the traditional and modern. Ghana may not be the new Sweden, but ultimately I want mystery fans to pay just as much attention.

Posted by Supriya Savkoor at 8:21 AM