The Crime of Being Different 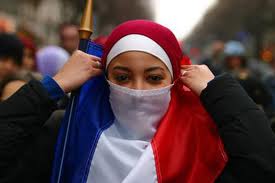 If I lived in Iran and had the choice to wear the mandatory hejab (scarf and knee-length tunic) typical in that country, or to go bare-headed, I’d choose the latter. It’s a lot more natural to me, and I’ve not yet mastered the fine art of keeping the scarf on my head. It tends to fall off, and I have to constantly tug it up again, which can get rather tedious. There are certain situations where I’d wear hejab voluntarily – while visiting shrines, attending religious ceremonies, or as a guest in a traditional family’s home. But these things are not frequent items on my itinerary during a trip to Iran.
Of course, I don’t have much say in what I get to wear on the street, since hejab in public spaces is the law in the Islamic Republic, and I’m a law-abiding traveler who respects the rules and customs of every country I travel to, whether I like them or not. The way I see it, my struggles with the elusive scarf are more than worth the price of entry into such a fascinating society.
Still, I’m well aware that many Iranian women do find the hejab requirement a burden. But not for the reasons often cited in the West, where may people see hejab as the most visible symbol of women’s oppression in the Islamic world. But to Iranian women, hejab itself is not a sign of oppression, but the fact that the generic garment removes the choice of expressing one’s personal style and individuality.
I wish someone had mentioned this to French President Nicolas Sarkozy last spring before his government passed a law prohibiting Muslim women from wearing the full veil in public. The item the law refers to is the niqab, a piece of cloth worn across the face and hiding everything but the eyes.
Sarkozy sold the niqab ban to the public as the need to “liberate” women from the “prison” of their Islamic dress code. Huh? Did anyone ask the women whether they wanted to be liberated? Whether they felt “imprisoned?” Does anyone in the 21st century still believe that Muslim women are not allowed to draw breath unless their fathers, brothers, and husbands grant permission?
It could be (and has been) argued that the niqab is a religious symbol and a secular society is justified in banning it in public, along with the symbols of other religions. In fact, this was the argument behind the 2004 decision to prohibit girls from wearing headscarves in French schools. (At least there was no pretense about “liberating” them from their scarves.)
But is the veil really a religious symbol, like a Christian cross, the Star of David, or the Muslim crescent? I doubt many veiled Muslim women would see it that way. They wear the veil because, to them, it is required for a woman to protect her modesty. And if the niqab is a religious symbol, then why not the khefiyeh (the checked scarf that many Arab men wear on their heads)? Why should only women be singled out?
Interestingly, in the months since France’s niqab law went into force, it has rarely been applied. Only a handful of veiled women have been arrested or fined, even though many are simply ignoring the ban. Unfortunately, attacks (both verbal and physical) against veiled women are on the rise. Bus drivers refuse to allow these women to board, shopkeepers and restaurants deny them service, people on the streets hurl insults and sexual innuendo at them. For many, a trip to run errands or drop children off at school has become an ordeal.
This unfortunate trend isn’t coming out of the blue. There has long been an attitude of suspicion against Islam in Western societies. Even here in the United States, I sometimes feel a sense of disapproval when people give me startled and sometimes pitying looks after learning I am married to an Iranian. But when a legislative body passes a law as discriminatory as the niqab ban, it gives people license to express and act on attitudes they would otherwise have kept to themselves.
But let’s call a spade a spade, shall we? The niqab ban isn’t a form of liberation. It’s islamophobia.
Posted by Heidi Noroozy at 7:00 AM