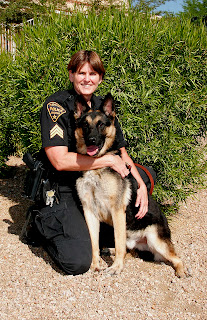 Our guest this week is crime writer Alison Naomi Holt, the author of the psychological crime thriller, The Door at the Top of the Stairs, and two Alex Wolfe mysteries, Credo’s Hope and Credo’s Legacy. To check out her books, visit her website at http://www.alisonholtbooks.com.
Hello. Let me introduce myself. My name is Alison Naomi Holt and I'm a writer who happens to have twenty years of law enforcement under her belt. I retired several years ago and have turned to a passion that I've carried with me since I was a child. I love to write and have written four books in three different genres. I also love to teach other writers how to write realistic police scenes and how to create fictional cops who could actually patrol a beat in downtown USA.
That being said, when I’m teaching my seminars, one of the questions I'm most asked is, "Where do you come up with story ideas?" My answer? Everywhere! Judging by the frequency of this question, finding plots seems to be a real stumbling block for aspiring writers. I thought it would be fun today to give you an example of a seemingly innocuous family story that has provided me with several characters and several different story ideas.
Fifty some years ago, my father was driving his 1958 Jeep from Roanoke to Floyd, Virginia, when he passed an ancient farmhouse off to his left. It wasn't the peeling paint or the rickety banisters on the front porch that caught his eye. What interested him most was the motley collection of old furniture littering the front lawn. Old bedposts were propped against the porch stairs, glassware sat atop a metal kitchen table. Four metal chairs—at one time a bright red but now white with patches of red showing through—surrounded the table. A hat rack stood sentinel next to a chest of drawers made of pine and stained to a light brown hickory color. 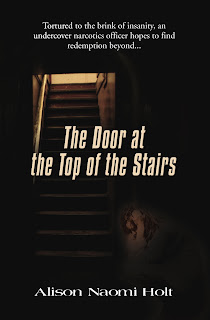 Out of curiosity, my dad pulled into the yard where he discovered a For Sale sign taped to the upright post of the hat rack. The big block letters had been scrawled by a shaky hand in what he thought was some type of thick leaded pencil. No one came out of the house to greet him when he arrived, so he climbed up the steps to the porch and knocked on the door. An elderly woman in her late seventies pushed open the screen and stepped out to meet him. She explained that her ninety-eight year old father had just passed away, and neither she nor her siblings wanted any of his things. On his way in, my dad had spotted an antique barrister bookcase with glass front doors that used the "up and over" mechanism instead of the normal sideways opening ones.
He asked about the bookcase, and the only history she could tell him was that the piece had been in her father's home since she'd been a child and she couldn't remember a time it hadn't stood in the corner of his office holding his books. Neither she nor anyone in her family wanted anything to do with the bookcase and she sold it to my dad for $5.00. He happily brought it home with him to Roanoke.
Now, even had that been the whole story, it already gave me two interesting characters, other than my father, people whose lives could provide me several fictional stories. Was the father an abusive man whose children hated him? Why? Why did the children seem to be giving away everything the old man had owned? What was it about the bookcase that made the woman practically hand it over to my father for pennies?
Fortunately for me as a writer, that wasn't the end of the tale of the barrister's bookcase (which by the way is a great title for a book). Over the course of the next several years, the bookcase was moved to several locations in our house, finally ending up in my older brother's bedroom. Now my brother was your typical teenager. He did fine in school, wrestled on the wrestling team and hung out with his buddies. He wasn't given to flights of fancy or to an overactive imagination. 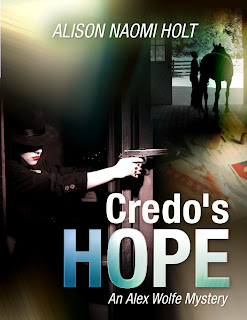 Well, one dark and stormy night—okay, it wasn’t dark and stormy, but it could have been—he awoke to the sensation that someone else was in the room. He opened his eyes to see a woman standing at the foot of his bed. She wore a white Victorian dress and had long flowing hair. When she realized he'd seen her, she flew at him, sailed through his chest, dove up and around and disappeared into the bookcase. Scared witless, my big, bad brother ran into my parent's room. My father said he'd never seen him looking so pale. My sixteen-year-old brother refused to return to his bedroom that night and ended up curled up in my parent’s overstuffed armchair to sleep.
The bookcase went with my brother when he got married, and over the years he guesses he's seen the woman a total of fifty or sixty more times. After the first few incidents, she no longer frightened him, and he came to miss her during the times she was absent. Now there's the real meat of this old family lore. Who was the woman? Where did she come from? Was she related to the ninety-eight year old man or had she haunted him too? Why did she relate to my brother, who just happened to have been born in Radford, Virginia?
Can you see the possibilities for any number of books coming out of this story that's been told around my family's dinner table for years? Now think back to stories that your family has told you. Do you have any ghosts in your family closets—or bookcases? How about black sheep? Bankruptcies, prison terms? The possibilities are endless, and if you’ve ever wanted to write, or if you’re a writer who finds it difficult to find ideas for new books, take a look at those stories told around your family’s dinner table. Really look at them, dissect them, listen to them again and hear the voices and lives of the characters in your next book clamoring to be heard.
Posted by Heidi Noroozy at 7:00 AM

Email ThisBlogThis!Share to TwitterShare to FacebookShare to Pinterest
Labels: Alison Naomi Holt, Heidi Noroozy, Off The Beaten Track, storytelling, supernatural, The Door at the Top of the Stairs