Off the Beaten Track: Italian Style 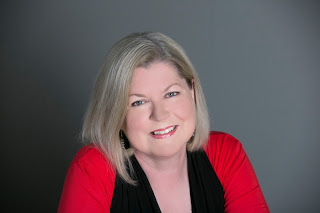 This week’s Off the Beaten Track contributor is the wonderful Louise Reynolds, a contemporary romance author who lives in Melbourne, Australia. By day she works in the commercial lighting industry, lighting anything from bridges to five star hotels. By night she’s working her way through a United Nations of fictional heroes, all inspired by her travels. Her debut romance for Penguin’s new digital romance imprint, Destiny Romance, is now available within Australia from www.destinyromance.com and Amazon, Apple, Google and Kobo. International buyers can purchase from www.destinyromance.com from early next week. You can contact Louise at www.louisereynolds.com.au and https://www.facebook.com/LouiseReynoldsAuthor. 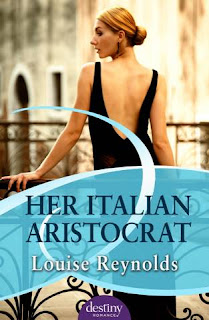 My debut novel, Her Italian Aristocrat, is set in the Marche, a part of Italy rarely featured in romance novels. Although its eastern border lies on the Adriatic, the Marche’s hilly interior is not particularly well visited by tourists, at least not those on tight timetables who want to hit the highs: Rome, Florence, Venice, Milan. But it rewards the tourist prepared to get off the beaten track with picturesque hill villages, elegant towns and an abundance of ancient monuments.

Almost certainly I wouldn’t have visited the Marche as a tourist. And I wouldn’t have written my book but for a business trip to the area when I stayed in the historic hill town of Macerata. It was only a short trip but the town buried itself in my subconscious and what happened to me there made its way directly into my story.

The town is well over 1,000 years old and sits on the site of a more ancient settlement. It’s hard to say what is most appealing about hill towns. Is it the view from below with the town rearing majestically above as in a fairy tale? Or are the wonderful views over verdant plains littered with stone houses best?

Macerata has all the elements that make you long to pull up stakes and move there. Honey-stone buildings glow in the afternoon sun while narrow, shady lanes weave between them, havens of cool retreat in high Summer. Homes, shops, restaurants, and civic buildings seem piled on one another. It’s a town of stairs, breathtakingly strenuous at times, with elegant shops and piazzas, a basilica, and one of the oldest universities in Italy, founded in 1290.
It also has the extraordinary Sferisterio, an enormous neo-classical arena built in 1820 by public subscription. Every Summer a world famous open-air opera festival is held here. I was entranced by the thought that Macerata’s citizens had loved opera enough to build their own venue until I learned that it was originally erected to stage games of that other great Italian passion, soccer. Or, more specifically, pallone col bracciale. A hugely popular sport from the mid 16th to early 20th century, pallone players were once the highest paid athletes in the world.

The pallone field is distinctive in that it has a lateral wall for rebound of the ball. In effect it’s a half arena, an ovoid split down its length and perfectly designed, ‘post-pallone’, to morph into an open-air opera venue. With dozens of private boxes situated between soaring columns, dramatic accent lighting and perfect acoustics, the Sferisterio has become world famous.