Off the Beaten Track: The Lost World of Archangels 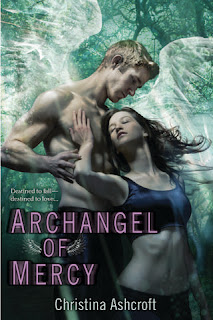 This week’s Off the Beaten Track contributor is the wonderful Christina Ashcroft. Christina Ashcroft is an ex-pat Brit who now lives in Western Australia with her husband and three children. She is owned by three cats who graciously allow her the occasional spare moment to write hot paranormal romance for Penguin/Berkley Heat. Christina also writes hot historical romances as Christina Phillips for Berkley Heat and Ellora’s Cave.

Thank you Alli and the lovely ladies here at Novel Adventurers for allowing me to take over your blog today!

There are so many places in the world that I’d love to explore – the Pyramids of Egypt, the Roman Colosseum, the Mayan ruins in the Yucatan Peninsula to name just a few. History has always fascinated me and I get ridiculously excited when archaeologists unearth another long buried secret from ancient times.

I’ve also always been fascinated by the myths and legends of a lost continent. What’s not to love about the idea of an ancient civilization that we know next to nothing about? This fascination was fed more than twenty years ago when I read something that pointed to evidence that the pyramids and Sphinx are thousands of years older than we’ve been led to believe.

But is it just a myth? Is it possible that back in the mists of time there really was a technologically advanced civilization, one that could rival our own today, one that had studied the movement of the heavens for countless generations and possessed an understanding of mathematics that we’ve believed was only relatively recently acquired?

And if such a culturally rich civilization did once exist, what happened to it?

When my awesome editor encouraged me to write a new series about sinfully sexy archangels, I was thrilled. I’d had this Alpha Archangel lurking in the back of my mind for years, being all moody and smokily silent and I was dying to discover his secrets. It took a while, but eventually he opened up enough so I could learn of the world of his wild, untroubled youth.

And I discovered that he had lived and loved millennia ago, when a vast and technologically advanced civilization had flourished.

I was delighted that, at last, I would get the chance to explore this mythical world that had haunted my imagination for so many years. I discovered this advanced civilization was inhabited not only by human scholars and archangels but also gods and goddesses and their numerous offspring. But it was a civilization that, for all their great learning and understanding of the celestial cycle of the heavens, carried a devastating burden.

This world of the Archangel Gabriel, where he met and fell in love with his soul mate, vanished long ago. But to me it’s as real as the world I see when I look outside my window. I guess that might seem strange, but to me it’s perfectly normal. I’ve lived inside my imagination ever since I can remember, and sometimes I must admit it’s hard to leave (As my poor family will attest, I am ace at burning dinner because I forgot I put something in the oven!!)

So while I have yet to visit all the wonderful places in the world that are on my never-ending To Do list, the worlds I explore with the help of my muse keep me on my virtual toes. There’s no knowing where I might end up next, such as a decadent sex club in a dodgy sector of the Sextans Galaxy!!!

Archangel of Mercy is the first book in a new series of fallen Archangels and the women who capture their hearts, coming from Berkley Heat on 4th December. 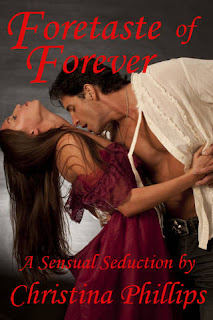 When Aurora Robinson attempts to open a rift between dimensions to embrace her true heritage, an arrogant Archangel is the only one who can save her from the jaws of hell. And while she owes Gabriel her life, she’s determined not to fall at his feet-despite the desire she feels whenever they’re together.

After his wings were brutally destroyed millennia ago, Gabriel has no compassion for humans like those who ruined him and betrayed the ones he loved. But when he inexplicably finds himself defying ancient protocols to rescue a woman from a fate worse than death, he is shocked by the searing attraction he feels for a mortal.
As the ancient forces that seek to punish Aurora for her actions close in, Gabriel offers the tempting woman protection at his private sanctuary. But as they both succumb to their desires, they discover an even deeper connection-one that threatens to consume them.