Off the Beaten Track: Food Spies and Illicit Barbecue 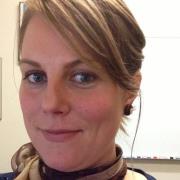 Leah Andrews lived and traveled in China for two years and has backpacked through Europe and Asia. She repaired shoes and pants with thread and duct tape, and learned how to sleep sitting up on packed trains in order to see interesting places and try new things and she would do it again in a heartbeat. At the moment her days are spent in an office, behind a desk building and maintaining websites. In the evenings she tries out new recipes and reads travel books and blogs; dreaming of prayer flags dancing in the wind and the enticing smell of spices from street food stalls.  All images used in this post are hers, as well.

Being a food spy is the best form of espionage. One time, while standing in line to file my work visa paperwork in Hong Kong, I was enlisted by a German chef who worked at a hotel in Mainland China.

For the next three days we wandered from hotel to hotel to see how they had their buffets set up, what they were serving, how they were prepared and displayed. We had tea at the Shangri La, tested out the soup, salad and noodle bar lunch and the view at the Hyatt, and walked through a number of hotel buffets pretending to be a couple who couldn’t make up their minds.

“This looks good, let’s eat here,” he would say as we approached the hostess.

“It is a buffet, how can it not have something you want?” he would ask, and then turning to the hostess he would inquire if he and his picky guest could tour the buffet.

Espionage was delicious and I thought I had a future in it until we were walking from one hotel to another and came upon a street vendor selling meat and vegetable sticks. I let out a squeal of delight and rushed to the vendor to choose sticks of fish balls with their wonderful pink hue, beef balls, oyster mushrooms, and milky white lotus root with its pinwheel shape and crisp texture. These stands offer a plethora of fast, colorful and pleasing food. I’m an addict.

Almost anywhere in China you can find these stands. They are often outside of schools or shopping areas so children or shoppers can grab a quick snack. Some places grill the meat and then pepper it with spices at the end while in Beijing I found stands that had a vat of water and oil and spices that they submerge the sticks of meat and vegetables in.  Regardless of the method, the result is a satisfying snack.

My spy partner was looking at me with disgust as I happily ate my meat sticks en route to our next hotel, and soon my gig as a spy was up.

“Do you know what is in those?” he asked.

“I’ve got a pretty good guess, but not really,” I admitted.

“But you still eat them?”

“I can say the same thing about food at any restaurant or hotel,” I responded. Things were pretty quiet after that.  It was becoming obvious that my tastes were not as refined as they needed to be.

While it may have ended my career as a food spy, my love of street food isn’t anything I’m willing to give up.

When I taught English in Zunyi, in the Chinese province of Guizhou, I started going to the same sticky rice vendor for breakfast every morning. Huang Ming, the owner, would see me walking toward the stand, and she would wave and start fixing a bowl of warm sticky rice with potatoes topped with pickled vegetables, marinated pork meat, a bit of spicy pepper and some puffed rice. It was the perfect breakfast, it filled you up and the spice worked similarly to a cup of coffee—I seemed to get a little extra energy from it.

Then, I moved to Kunming, the capital of Yunnan province. There, in an attempt to gentrify the city there is a ban on street food stalls. In the heart of the city you just can’t find them. There are some rebels who have created thin charcoal barbeques with light sawhorse-esque stands that they grill meat sticks on, but they are always keeping an eye out for the police so they can grab the long thin grill under one arm and the stand in the other hand and run to avoid fines and punishment for breaking the ban. For the most part the city is sadly empty of food stands.

A friend and I were riding our bicycles and we found an area about five kilometers outside of the city where several shao kao or small barbeque stands had set up. These were the real deal with large grills, and tables with a brilliant mix of meats and vegetables spread on them. There were fish which swam in plastic bowls until they were chosen by patrons, and then the owner of the shao kao would expertly pull the fish out of the water, break its neck, de-scale it and then barbecue it.  You could choose your meat or your vegetable and then take a seat on small plastic stools and wait for barbequed eggplant and chicken skin to appear.  Sitting outside on our rickety plastic stools, with a cold beer in hand, taking in the smell of the coal grills and the meat and vegetables on the barbeque, we knew we had found something good, and that it was going to taste slightly better since it was forbidden street barbeque.