The Sweetest Melons: Memories of the Congo

We drove down the hill from our home through the city of Kinshasa. Just outside the city, the jungle was thick. The road was full of pot holes and ruts. Our car bounced along on the rough pavement, heading towards vast stretches of farm land. About 8 miles from Kinshasa, we turned off the road into an open area with several low, concrete-block buildings spread out around a farming compound. Rice paddies stretched into the distance, surrounded by jungle. It was the summer of 1970, and we had arrived at the Chinese Agricultural Research Center. 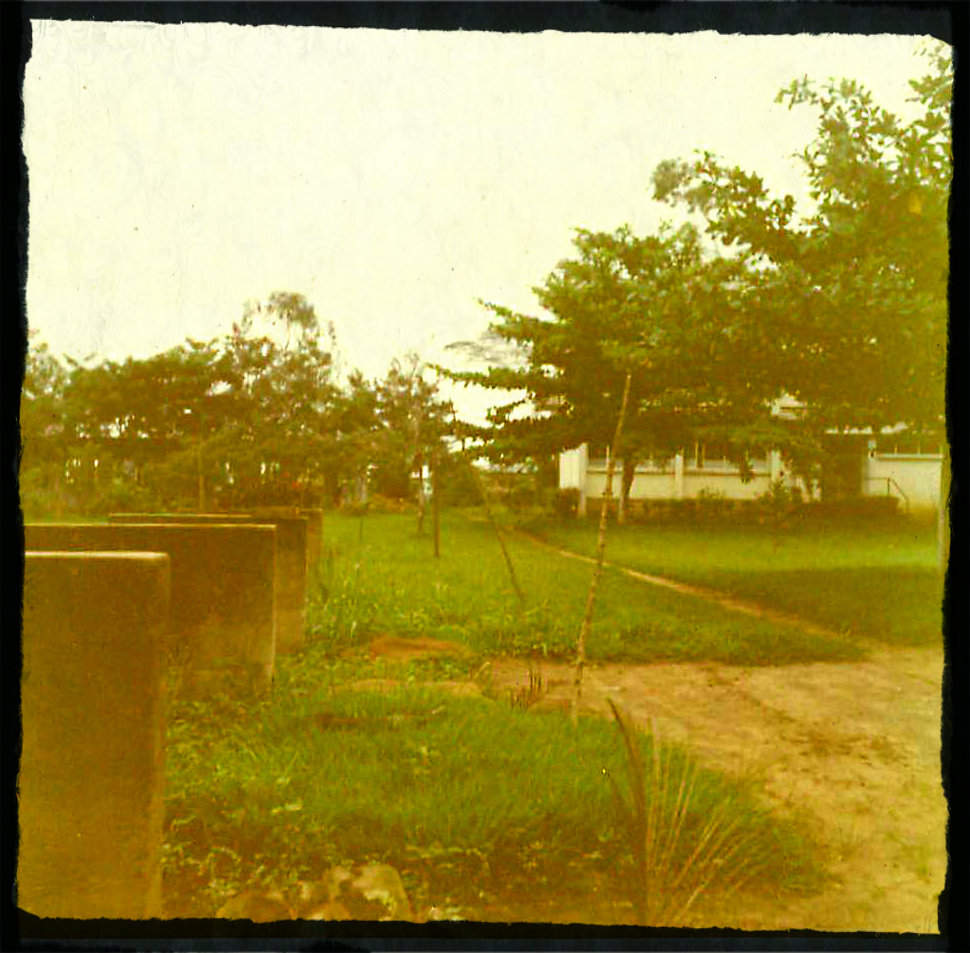 The circumstances of our visit were this: Dad, an agriculturist, was working with a Taiwanese agricultural mission in coordination with U.S. efforts to develop rice varieties to help ease the food shortages in Zaire (now the Democratic Republic of the Congo). But they had a problem—the Congolese people would not plant or eat the rice in production from the Chinese Agricultural Research Center. Dad commented to his Chinese counterparts that he couldn’t understand why the Congolese rejected the rice, because all rice tastes the same. The Taiwanese were shocked. The Head of Station invited all Americans and their families out to the farm to taste the different varieties being developed.

My sisters and I jumped out of the car, eager to stretch and explore. A group of Taiwanese and Chinese men came to greet us, smiling and nodding at each of us. I don’t remember their names after so many years. They were dressed in tan, gray or black slacks with white, button-down shirts, and polished leather shoes. A few of them wore tightly woven straw hats. A couple of the men gestured at their young sons to come and meet us, and we were soon running and playing tag on lush, green grass in front of the Center.

We toured the farm, learning that the land for the project was provided by Mobutu. There were papaya and mango trees, citrus trees, bananas, and coconuts dotting the landscape near the driveway. Surrounding the homes and research buildings were the rice paddies, each marked with signs bearing numbers representing the variety being produced. The plants looked like long grass in the water, with some that grew as high as 5-ft. tall. Most of the rice was about 3-ft. tall.

We were led through Quonset huts where we saw rice and other vegetable and fruit seedlings in nurseries. In broken English and French, but with great pride, our hosts showed us a large variety of rice seedlings. There were several varieties each of long, medium, and short grain rice plants.

In one Quonset hut, we saw many melons, from honeydew to watermelon. At the time, all watermelons had seeds, so we were impressed when we discovered that the Chinese Agricultural Research Center had developed seedless melons. The seeds inside the melons were miniscule, which  was great news to me. Dad had always told me the big, black seeds that I accidentally swallowed every time we ate watermelon were going to sprout inside my stomach and grow. I didn’t really believe him but, then again, I had no desire to find out.

At dusk, the Taiwanese brought us indoors for dinner. We ate a gigantic steamed fish and a dish called Lion’s Head Stew, which was ground meat cooked in a rice-pasta pouch. It was so delicious that I’ve searched for Lion’s Head Stew on the menu at every Chinese restaurant I’ve been to since then, including when I visited Hong Kong years later. I’m still searching, without success. Our hosts had us sample several rice dishes of different varieties of rice. We sampled white, creamy, and brown rice in every shade imaginable. Some rice was white and sticky and tasted like the rice we were used to eating. Some of the rice was almost sweet. A lot of it tasted like cardboard. This was the reason the Congolese would not plant and eat the rice produced by the Center. The rice available in sufficient quantities for use by local farmers had no flavor. But there were many varieties still being developed. When we tasted one variety of rice with a clean, nutty flavor, Dad said, “I want 100 kilos of that.” Our hosts exclaimed that it was their favorite as well.
For me and my sisters, the best part of the meal was dessert. Iced platters, bearing slices of cantaloupe, honeydew, watermelon, and yellow-flesh watermelon, all garnished with curlicue shavings from the rinds, were brought out and passed around. The novelty of melons without seeds kept us awestruck.

It was summer in Africa, and those melons were sweet and refreshing.

That summer treat, exploring all the flavors of rice and melon, has stayed in our family memory for decades. I still love melons, especially honeydew, and the memory of those flavors on that hot summer day still outshines the mundane, commercial flavors of the rice and melons we eat in the States today.

As a side note: Years later, Dad took a flight from Jakarta to Hong Kong. He sat next to a young, Chinese man who had been to Jakarta to buy rattan. As they sat talking, the young man mentioned he had been to Zaire. In a flash of recognition, Dad said, “I remember you! You were at the Research Center.” The young man remembered my dad bringing him with us to the Embassy swimming pool on occasion. They exchanged contact information, both commenting on what a small world it is. Indeed, it is.
Posted by Jenni Legate at 7:06 AM