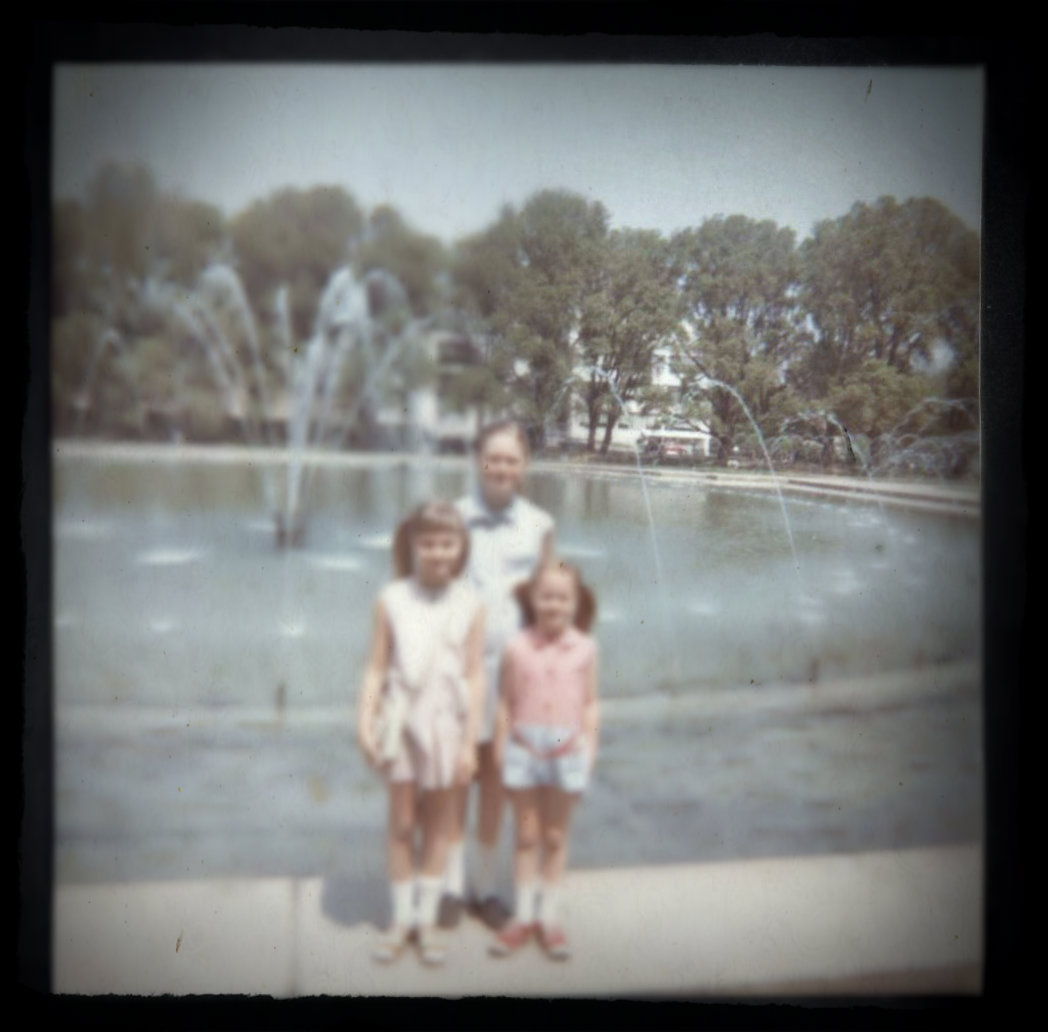 “Middle child syndrome just doesn’t exist!” How many times I heard this as I was growing up. But I was convinced that birth order meant everything to personality. I was the verbal one, the mouthpiece for my older and younger sisters. I was the one who stood up to our parents when I thought life was unfair, stood up with an attitude. I was the outgoing sister who went out and introduced myself to the neighborhood every time we moved, then brought back playmates for my shy sisters. I was self-reliant, stubborn, moody, and introspective. My parents said I was “complicated.”

My epiphany came on the day of my grandmother’s funeral. We went back to her house and walked through it together. The emotion built in all of us. Mom put her arm around Trina’s shoulder and pulled her close. Dad reached over to Susie and hugged her tightly. I stood in the middle of the room, tears stinging my eyes, feeling profoundly alone. As I stormed out of the house, my dad tried to reach out to me. I brushed him away, thinking, “This is it, the one, single moment that sums up my life.”

It took me a while, but I finally realized being in the middle means being self-reliant, independent, and self-satisfying. My parents and my sisters love me, but being in the middle means being alone and on the outside more often than it means being surrounded. It means mediating with others to keep the peace. It means looking up to the sister ahead of me while pulling along the one behind. It means standing on the sidelines and looking in at the way others interact.

As a child being uprooted every few years and moved to another country, being self-reliant, independent, and resilient became a survival skill. Resilience is a Third Culture Kid (TCK) trait. Adaptability, the ability to blend in even when we don’t fit in, is another. And it could be said that the sense of being on the outside looking in defines much of the TCK experience.

What is a TCK? A TCK is someone who spends a significant period of time (more than a two-week vacation) outside of their parents’ home culture. Not fully fitting into the host culture, the family seeks out others who are also not from their home cultures. These friendships form the third culture. As we adapt to different cultures, we absorb much of our host culture; out of necessity, we grow close bonds within the culture of our immediate family; and we identify most closely with others of our third culture. We build relationships within all the cultures we interact with, but never have full ownership or belonging in any.

After finishing high school in Pakistan, I returned to the US for college. That year, I suffered the most intense culture shock of my life. I had an identity crisis.

Returning to my passport country, the U.S.A., meant coming “home” to a place I barely knew or understood. My senior year of high school, I got caught in the first Russian-backed coup in Afghanistan. It was bloody and violent, and I was well on the way to squishing the experience down into a little box and crushing it deep, deep inside. Coming home to the U.S. that summer, fireworks on the 4th of July freaked me out. Search light-type displays lighting up a night sky to advertise a new car dealership struck an irrational fear deep in the pit of my stomach.

I began my first year of college with mixed feelings, but mostly excitement to begin my life as an adult. I wanted to learn everything, try everything, experience everything my home culture had to offer. My new home was in the dorms of a Pacific Northwest campus set in a lush, beautifully manicured lawns and gardens in the middle of a rain forest. The contrast could not have been more exquisite. When I left Pakistan, the dust was rising off the desert plains and the monsoons would not start for several months yet. The Himalayas, always covered with snow, rose starkly from the dry plains below.

In Pakistan, the average annual income per family at the time was $100. At my college, although a percentage of the students were on financial aid, many came from wealthy families. Some of those flaunted sports cars, designer dresses, flashy jewelry.

A bigger difference was in traffic. In Pakistan, all of humanity and half of the animal kingdom share the roads: overloaded buses with people hanging onto the sides and goats and chickens on top, crowded taxis, motorcycles, bicycles, water buffalo and horses pulling carts, men pushing wagons, and people walking. At college, my friends would load three or four of us in a car and zip down a highway. I felt an overwhelming sense of separateness from people in other vehicles, a sensation that we were cocooned from others in our own separate environment as we weaved in and out of traffic. It was intense cognitive dissonance.

But the biggest shock was at the grocery store. In Pakistan, we shopped a lot at the local outdoor and covered markets. We bought from vendors with small stalls crowded with beautiful displays of fruit, nuts, and vegetables. We bargained for every purchase, enjoying the interactions with shopkeepers and sense of pride when we knew we struck the right price. Special finds on the black market were prized. We understood the value of items that made their way across the desert on the back of a camel or smuggled across borders. I valued hand-made items, knowing the life of toil, uncertainty, and strife that went into their creation. Indian ragas blared from tiny transistor radios in each stall. Shopkeepers called to us by name and invited us to join them for tea, and we sat and sipped and admired the produce, making our decisions at leisure. About once a month, we shopped at the PX (post exchange) for items like toothpaste, toilet paper, shampoo, and alcohol. It was a small shop and only carried one or two brands of anything.

The first time I shopped with friends at college, I was paralyzed by over-stimulation. My friends lost patience with me as I stared at aisle after aisle of hundreds of choices, wondering how anyone ever made up their minds which one to pick. Endless choices of toilet paper—could there really be any difference? The aisles stacked high with factory manufactured goods were intimidating and impersonal. At the checkout stand, our items were rung up on a cash register. There was no bargaining, no casual talk while we verbally danced around the price of an item; just a "how are you today?" to which the cashier did not want an answer, a total amount due, and a "have a nice day" as we walked toward the door. I felt no satisfaction at the exchange.

It was not until I started college that I began to realize how unique my upbringing was. Rather than fitting in with my “home” culture, I was once again an outsider looking in. I’ve lived in the U.S. now, off and on, for my adulthood, and I’ve continued my nomadic, self-reliant ways. I know change, I know loss, and I know the excitement of new places. Overriding all of that, I know I am forever the outsider looking in.

TCKs learn to say goodbyes early and often. Some of us come to hate them, knowing we may never see our closest friend of the last few years or months again. Often, it is easier to argue than to accept the next loss. Infrequently, someone I have said goodbye to reappeared later in my life. To deal with the difficulty of goodbyes, I keep in mind how changeable life is. I prefer to wish us happy travels, until we meet again.

If you would like to read more about my travels or life as a global nomad, please visit my blog, Nomad Trails and Tales.
Posted by Jenni Legate at 7:00 AM