A Strike Against the Spanish

A warrior largely ignored in the West, Lapu-Lapu was a chieftain in the 1500s who is celebrated in the Philippines today. His claim to fame?

Most children in the West learn about Magellan, the Portuguese sailor exploring for Spain who set out to find the westward route to the Spice Islands around the tip of South America. But I’m betting not so many of our readers remember the warrior who commanded Magellan’s downfall.

Here in the Philippines, especially in Cebu City where I now live, Lapu Lapu is a national hero. I’ve been reading quite a bit about him—though I’m guessing there’s more I haven’t learned yet!—and I’d like to share here something about this daring man who fought a foreign invasion.

At the time of Magellan’s death, Lapu-Lapu (his name varies a bit in the annals of history, but this is the currently used version), was a datu, or ruler, of Mactan Island. Mactan is a small island, which in present day is ringed with imported sands and fancy resorts. It’s connected to Cebu City, the oldest city in the Philippines, by two bridges and a lot of economic ties.

Speaking of economics, Magellan arrived in the Philippines looking for spices, directions to spices, and more spices. Oh, and converts to Christianity. Those were good too. He didn’t have much luck with the spices here, but the ruler of Sugbu (now Cebu City) and his queen decided they’d throw in with the newly presented deities and get baptized. Now named Carlos and Juana, they set the stage for Catholicism to enter the Philippines, and even now, more than 500 years later, it is the most popular religion in the country.

Carlos and Juana’s neighbor Lapu-Lapu wasn’t in such a big hurry to change his old god for anybody new. (Some web-pages I’ve visited suggested Lapu-Lapu was Muslim, other sources disagree.)

Either because of the question of converting to a foreign faith was abhorrent to him,  because he didn’t like these weird-looking sailors in their strange ships, or possibly because he had a feud going with Humabon-now-named-Carlos, Lapu-Lapu refused to bow down to the might of the foreign ships, sovereign, or god.

One source quoted on Wikipedia suggests that Magellan may have made a faux pas when approaching Lapu-Lapu as well. Magellan may have approached the islands with the idea that the ruling classes were structured like those in Europe. That thinking would have led Magellan to believe that Carlos was more powerful than Lapu-Lapu because the latter controlled a lesser population on a neighboring island. However, to get to Cebu City harbor, ships would have had to pass through a narrow channel between Cebu Island and Mactan Island. Therefore, Lapu-Lapu probably was more powerful than Carlos because of his strategic location even though he had a smaller population under his command, or so the theory goes.

Anyway, whether Lapu-Lapu disliked Magellan because he felt the European was disrespectful, or he just had a bad feeling about the newcomers, when Magellan told him that he’d attack Mactan Island if Lapu-Lapu didn’t swear fealty to Spain, Lapu Lapu called his bluff.
Magellan was accompanied on his round-the-world cruise by an Italian adventurer, AntonioPigafetta. Pigafetta kept a faithful diary of events that occurred along the way (and unknowingly discovered the international dateline when he got back to Europe and realized he was a day off in his diary), and it’s from his account that we get most of our details today. Lapu-Lapu’s locals asked for one more day’s leniency before the battle so that they could gather more troops and make it a fairer fight. In fact, though, they had plenty of fighters, but they wanted a little more time to dig some traps before the Spaniards disembarked.

Magellan and his men were at a clear disadvantage from the beginning. First, the men on shore were fighting for their homes and freedom. And, once Magellan ordered his men to set fire to huts in the village, I can imagine any locals who were initially ambivalent about fighting the foreigners decided that Lapu-Lapu was right to attack. Second, the Spanish were wearing heavy armor in a humid climate. However, because of the reefs and shallows around Mactan Island (I’ve been scuba diving there several times) Magellan couldn’t bring his ships Victoria or Trinidad close enough to shore for either the ship’s guns to come into play or to get the Spanish fighters off easily. Even using smaller vessels to get nearer, the foreign troops had to exert themselves wading through water over their knees to get to the beach—while Lapu-Lapu’s townspeople rained poisoned arrows and bamboo spears on them from relative comfort. The Spaniards weren’t wearing armor on their legs, and—you’d have seen this coming if it were a movie--Magellan caught a poisoned arrow in his leg.

Realizing he was done for, Magellan ordered the rest of his men (Pigafetta among them) to retreat, and they watched in horror as Lapu-Lapu and his freedom fighters hacked Magellan to bits with long knives. 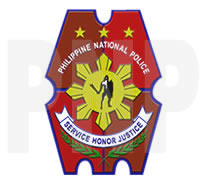 Today, Lapu-Lapu is remembered in the name of a town on Mactan Island, which still guards the waters of the Cebu City harbor. His statue stands in the square, and legends have cropped up around his story.

But, perhaps the greatest token of his fame as a warrior is his depiction on the PhilippineNational Police badge, representing “the symbol and embodiment of all the genuine attributes of leadership, courage, nationalism, self-reliance and a people-based and people powered community defense.”