A few years ago, a man trying to convince me to give a class I didn’t want to teach for less money than I wanted to earn, said, “Ma sei in gamba, tu.” I didn’t understand the expression. Literally, it means “but you’re in the leg,” so I knew I was in uncharted territory. The flatterer trying to urge me to accept his proposal, as it were, said it meant, “you’re an expert” or “you’re good at what you do.” I was skeptical, so I asked other people about the phrase.

One man said he might tell a woman that she’s pretty, sweet, and definitely “in gamba.” That might mean she’s smart but also goes a step farther, as in she’s on the ball or on top of things. 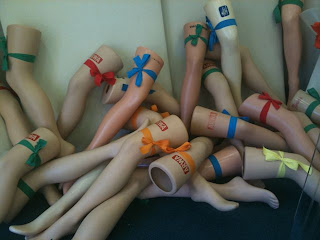 A student described her grandmother as 75 years old but still in gamba. That means, I think, that she still has all her marbles. My student was uncertain. Bilie, the word for marbles, didn’t compute for her. “Ah,” she said at last. “Ha tutte le sue rotelle.” That means she has all her castors (wheels on the bottom of rolling chairs). A perfect match. But, we determined, to be in gamba could refer to a physical as well as mental state. Therefore, her grandmother could still be “spry” or “alive and kicking.” By the same token, you could say I feel in gamba like a twenty-year-old to mean I feel as active and alert as a twenty-year-old. The origin of the phrase may come from describing someone’s state of health: he’s been sick in bed, but now he’s in gamba (he’s on his leg or he’s out of bed).

One woman said she’s looking for un uomo in gamba (a man in the leg). That means she’s looking for a man who would make a good husband. “There are lots of men out there,” she said, “who are handsome and fun to spend time with, but who are definitely not in gamba.” She wouldn’t marry one of them.

Another friend told me that Italians often use in gamba to offer encouragement. For example, if someone is going through a bad time or facing a difficult challenge, a friend might offer “mi raccomando…in gamba.” It would mean, “hang in there” or “chin up.”

Mi raccomando is a whole nother expression with endless meanings. A reflexive form of the verb raccomandare (to recommend), it is often used alone, as in mi raccomando. If someone is facing a challenge or a test, you might say “mi raccomando:” good luck, or I’m rooting for you. It could also mean “Do your best.”

I didn’t teach that class, but I learned something from the negotiation.

Please join me at Italian Intrigues on alternate Thursdays where I write about all things Italian. Next week, guest blogger Estelle Jobson, who blogged for us here on Novel Adventurers earlier this year, joins me to share an excerpt  from her new book, Finding Rome on the Map of Love.