Adventures In An Ancient Land 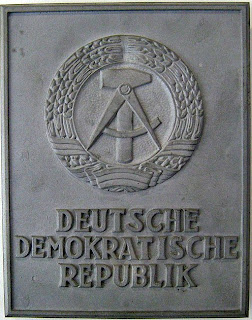 I’ve made it a lifelong practice to seek out unusual vacation spots. In fact, it’s a bit of a family tradition. When I was two, my parents took my sister and me on our first trip to East Germany to visit my mother’s family. It was 1960, and the Berlin Wall hadn’t even been built yet, but my mother’s friends were scandalized at the thought of taking two toddlers into that mysterious and frightening world behind the Iron Curtain. “The Communists will never let you bring your children out again,” they warned. Their fears were unfounded, and I returned to the GDR many times over the next two decades.

For the past ten years, my travels have taken me to another country that is well off the beaten track for most Westerners: the Islamic Republic of Iran. Many of my adventures in this ancient land have already appeared on this blog. But in all that time, I can count the number of Americans I met there on two fingers. European travelers are slightly more common, and I’ve encountered tour groups from Austria, Italy, Sweden, and England as well as a handful of individual travelers from France and Germany. But most of the time, I’m the only Westerner anywhere in sight.

So what keeps drawing me back to this most unlikely of holiday destinations? Here is a list of my top three reasons:

History: Iran has a tradition of empire that stretches back 2,500 years—and a civilization that is even older than that. You can’t walk two steps in the Islamic Republic without bumping into the nation’s past. The ancients have left their mark in the ruins of the Persepolis, the Achaemenid palace complex near Shiraz, and the rock carvings of Bisotun, both of which I’ve blogged about before. Isfahan is a monument to the Savafid dynasty, with its palaces, mosques, gardens, and historic bridges dating back to the 15th century. Shiraz pays tribute to the Zand dynasty, which followed the Safavid era, as well as to some of Iran’s most beloved poets, notably Hafez and Sa’adi, both of whom are buried there. 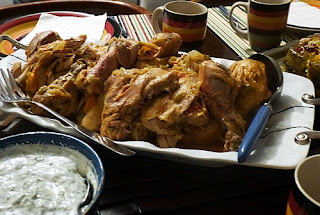 Food: Well, that goes without saying, doesn’t it? Isn’t one reason we travel to expand our culinary horizons? The best meals I’ve eaten in Iran have been in private homes. (My mother-in-law’s koofteh Tabrizi are to die for, and I’m not just saying that to keep the peace in the family.) But I’ve had some restaurant fare that comes in a close second. In Tehran, the Lux-e Talaee serves a lamb kebab that is so tender it melts like butter in your mouth. And one of the best dinners I’ve eaten anywhere was at a little truck stop on the Tehran-Rasht Road. The place hadn’t an ounce of charm—it was just a big square room with Formica-topped tables and hard wooden chairs. The menu offered only one item: braised chicken in tomato sauce with white rice and a dish of yogurt on the side. But it was so delicious, I still remember that meal eight years later.

People: I’ve saved this one for last because the most compelling reason to visit Iran is to meet the Iranians themselves. After all, Persians have honed hospitality to a fine art, and a guest—especially a foreign one—is warmly welcomed. It’s the people who give me the most precious memories of every trip to Iran. I’m lucky to have family in Tehran who not only take me around town and the country but also give me a window into the inner workings of the society.

Along with the chance to catch up with friends and family, I treasure the encounters with perfect strangers whose names I will never know. Like the three women at the Shah Abdol Azim Shrine in Reyy, who took pity on me and my struggles with the chador and gave me a crash course in the proper way to wear that unwieldy garment. Or the manager of the Ramsar Hotel on the Caspian Sea, who offered me a private tour even though the place was closed for the season. He’d worked there for 50 years and told stories of his early days as a porter during the monarchy, when the establishment was a British-run casino and the shah entertained foreign dignitaries at the gaming tables.

Last month, on my most recent adventure in this ancient land, I met an old rose famer in Ghamsar who, at the age of 81, still rises at dawn every day to work in his rose fields, distills attar from the fragrant blossoms, and still finds time to tend a large garden of fruits and vegetables for his extended family. You can be sure that his story will be part of a future post.

Travel to Iran isn’t for everyone. It’s not an easy culture to navigate, especially if you don’t speak the language. Tourism infrastructure is patchy at times, and visas are not always easy to get (virtually impossible for Americans except as part of a tour). But for those with a spark of adventure in their souls, all I can say is khosh begzareh: have a great time!
Posted by Heidi Noroozy at 7:00 AM