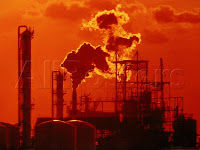 Last April, a catastrophic rig explosion killed 11 workers and caused a massive oil spill in the Gulf of Mexico that reached as far as Louisiana’s shrimp farms. Years earlier, I read that oil industry giants used little kids as refinery pipe chimney sweeps, only the temperature inside was so high, the fumes often caught on fire and burned them alive. Then the managers sent more kids to haul the bodies out. All the while, we forgot to turn our living room lights off for the night and burned more energy. I never found out whether it was true or not, but the image has haunted me since.
Humanity can’t live without fossil fuel, but perhaps we can make it more humanely. The smell of an oil refinery always gives me a strange, eerie feeling because the petroleum-infused air reeks of decay.
Here's my tribute to the one of the most destructive inventions of mankind: Black Liquid Gold. (The artwork is courtesy of All Posters.)
Ode to Black Liquid Gold 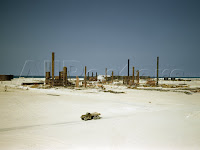 For the price of elks, 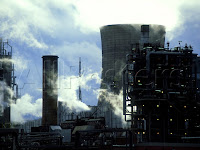 They leave behind
Scorched hills and sides,
People with not much more
Then their right to die
Black Liquid Gold
Silky, smooth, and sleek,
Yields to the strong
Zaps in the weak
Black Liquid Gold
Likes claiming lives
Human sacrifices

Can make tins and pins
Fly their planes
Float submarines
Drive Jaguars
Nominate stars
Light up Christmas trees
Light up their cigars
Lighten up the night
Inside and outside
Make the very light
That’s keeping this screen bright...
Posted by Lina Zeldovich at 7:00 AM