While the sun made its way down behind the far hills, I crouched by a rock wall in a long-destroyed temple in the middle of the JiaoheRuins and imagined.

What had happened in this place? 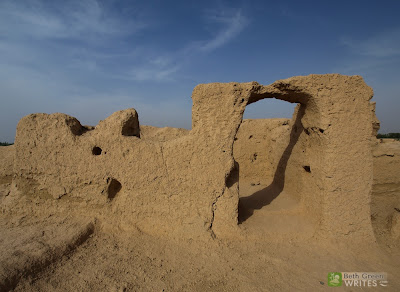 I examined the crumbling wall. Were these striations and grooves in the rock from the wind alone? Could an army have destroyed this, or was the destroyer the oldest kind of enemy--time? 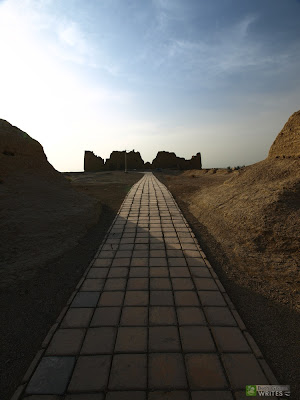 Half-left houses, their dark doors and windows eyes in melting giants' faces, leer at us but the city doesn't seem sad. It's a playground, a carnival of history. Here, Silk Road caravans rested on their way east or west. A dozen empires ruled and fell. Religions waxed and waned. How many people lived here, died here, sat just here and had the same thoughts that I did? 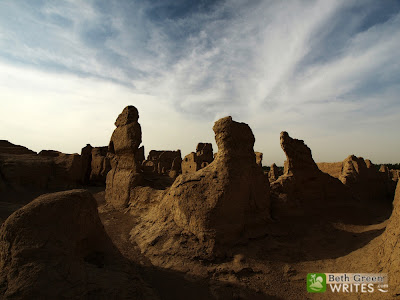 A map and historical description near the park's gate describe Jiaohe's high-sided rocky island as 'a willow leaf' pointing north. The residents, who were ousted by the Mongols in the 13th century, lived far above the flowing waters, protected by high cliffs on both sides of the river. The main gates led visitors up through the residential districts to the government buildings and then out to the temple district on the very tip of the willow leaf . The monasteries probably housed tens of thousands of Buddhist monks, centuries before Islam made its way along the Silk Road to XinJiang. Each morning they’d look out over the river that branched on either side of their city and catch sight of caravans of traders leaving the oasis for the Taklamakan Desert to the south.

A version of this post was first published as part of a travel blog about Beth's life in China.
To read more, follow this link to Travelpod.com. 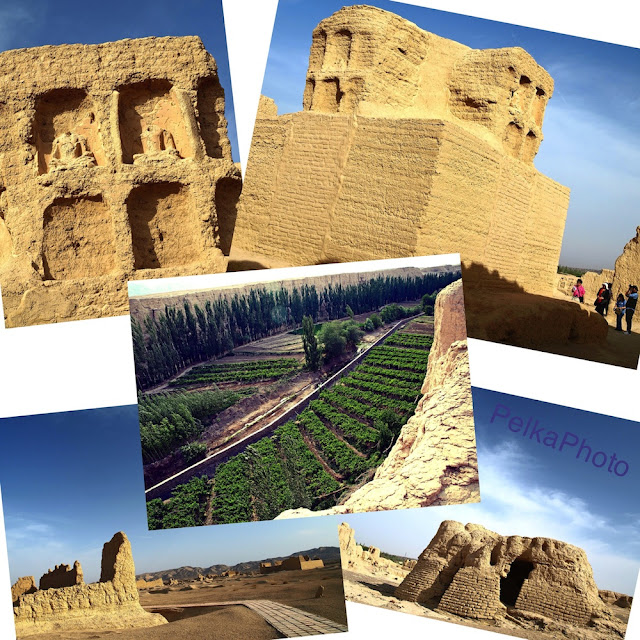