Life Off the Grid 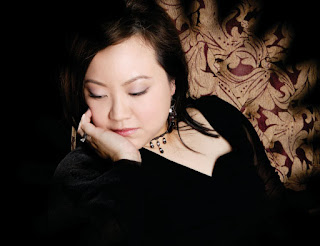 
After living in Alaska for seven years, Leslie Hsu Oh returns to the Washington, D.C., area with a wealth of adventures from the Last Frontier. Her work appears in Cirque, First Alaskans Magazine, Fourth Genre, Kids These Days!, Rosebud Magazine, Stoneboat, and Under the Sun. “Between the Lines” was listed as a Notable Essay in The Best American Essays 2010. She received an MFA in creative writing from the University of Alaska Anchorage, where she currently teaches, and a master’s from Harvard University. Check out her web site (www.lesliehsuoh.com) or find her on Facebook.

On days when I’m stuck in traffic or playing with my kids in a tiny neighborhood park trimmed with identical tract homes, I imagine living in Trapper Creek, Alaska.

While snow machining there in March 2011, my husband and I met Hal and Nancy Morgan. The Morgans are an energetic retired military couple, who decided to spend their remaining days living off the land. Hal generously invited us to swing by on our snow machines (in the winter there is no way to drive to his homestead) and run his dogs before we headed back to Anchorage.

After getting lost on several frozen lakes, we found a bumpy trail that wound its way through the trees until it opened into a haven of log cabins hidden deep in the woods beside Kroto Creek. Apart from dogs barking and launching themselves into the air against their leashes, the homestead was wonderfully quiet. The Morgans were not home. While they claim that they “have no idea what they are doing,” it was clear that it took a tremendous amount of work to live off the grid. Thomas stared at the water pump, the outhouse, the stacks of chopped wood and asked me, “Are you sure ﻿﻿﻿﻿﻿﻿﻿﻿you want to live like this?”﻿

Thomas rolled his eyes and said, “Good luck with that.”

An hour later, a few miles from their homestead, our truck along with four other cars slid on an ice patch. The snow machines, trailer, and our truck was damaged, making our weekend adventure a disaster I’m still trying to pay off.

There was no way Thomas would ever head back out to Trapper Creek.

But the offer to run Hal’s dogs nagged at me, especially knowing that later that year we were moving to Northern Virginia. I begged Thomas to let me take the kids to visit the Morgans. I argued that this was my last chance before the snow melted away. Plus, our five-year-old daughter’s favorite subject in school was Balto, the Siberian Husky sled dog famous for running the diphtheria antitoxin to Nome in 1925.

He reluctantly conceded. It was the first-time I ever took my kids (then 5 and 2 years of age) on an overnight trip without my husband.

While my nerves were a wreck on the drive up, as soon as I was on a snow machine heading for the Morgans' homestead, a smile stretched across my face so wide, it hurt.

The sun glittered off a traffic jam of snowmachines and sleds cluttered about the front of the main cabin. A dozen huskies lounged on handmade dog shelters lining each side of a wide trail which connected all the cabins. Kyra and Ethan disappeared down this trail into smaller passages carved into the deep snow. I could only the see the tips of Ethan's dragon hat bouncing up and down as he ran away from me.
﻿

The dogs entertained the kids for four hours or maybe it was the other way around. Kyra and Ethan hardly paid any attention to me. In the distance, I watched the kids help Hal harness four dogs and hook them up to a sled. When they lost interest, they crawled in and out of the dog shelters while the dogs watched them nervously.

Hal's wife decided that it was too dangerous to let the kids mush so she encouraged me to give it a try.

The only instructions Hal offered were: “Hike to go. Haw to turn left. Gee to turn right. Whoa to stop.”

I stepped gingerly onto the runners and gripped the handlebar with my left hand. Reaching down with my right hand, I lifted the snow hook. The hook was barely loose when the sled took off.

Wind chafed my cheeks as the dogs picked up speed. Every bump, every rut, felt like it could knock me to the ground. I tried to relax and read the contour of the frozen earth. Suddenly, one of the dogs tripped and rolled off the trail, tumbling the rest of the team. Somehow, they got back on their feet and kept running as if nothing happened. I love that thrill of not knowing what’s going to happen next.

We broke out of the woods and onto a frozen lake. I was on center stage, like I had finally arrived at the performance of my lifetime. The dogs panted hard. They barked. The ice scraped like nails on chalkboard. But inside, all was strangely quiet. I couldn’t hear my heart, my mind churning cautions, muttering about the past or future. I couldn’t hear anything. Just peace.

This is what it feels like to be wholly in the present moment. This is what I try to recreate whenever I think about Trapper Creek, Alaska.

Rita Blumenstein, the first certified traditional healer in Alaska and one of the 13 Indigenous Grandmothers, often instructed me that disease can be avoided if we can learn to live in the present moment. She said, “This is how you got to become. Learning to be here and now. We instinctively knew how to do this when we were children and we were busy watching a beautiful butterfly or examining any interesting new aspects of the world. We were completely absorbed by what we are doing. The point of power is in the present moment.”

I will probably never be able to live like Hal and Nancy. At one point, Hal had scratched his beard and told me how expensive and stressful it was to fulfill this dream of theirs. As the local EMT, he said that many people from the city who had tried a life off the grid committed suicide. I don’t know why I still think this lifestyle is romantic. But I do know that there are days when my kids still draw scenes from the Morgans' homestead and I sit at my desk, longing for that peace of living in the present moment.
﻿﻿