Off The Beaten Track: Interrobangs in My Heart: Visiting South Africa 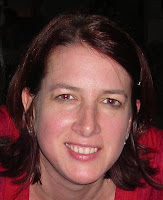 Estelle Jobson has more than a dozen years of experience in book publishing as well as a master's degree in publishing from New York University, where she attended on a Fulbright. She has done just about everything you can do with a book, except eat it. Estelle, who is South African, speaks five languages and has lived in as many countries. She has just moved to Geneva with her partner, a dishy Italian diplomat, and from where she writes travel narratives, records audiobooks, does yoga, knits adorable hats for charity, and takes empowering naps. She is active on the board of two international associations, promoting women's health and childfree by choice.
As a born-and-bred South African now living abroad, every visit home for me is a bit like Christmas Eve for a child. My heart thrums with interrobangs (a punctuation mark superimposing an exclamation mark over a question mark), with a mixture of anticipation at what is to come (?) and excitement at the prospect of surprises (!) jostling with apprehension that I will be sorely disappointed (?!). I disembark from the plane, pounding with interrobangs.

Home! “Please let things be on the up and better than last time,” I pray to the god of small things. “Less crime, fewer kids on the street, more in school. More jobs, fewer HIV-deaths, less corruption. Oh, and less carnage on the roads?”

South African democracy is built largely on the Freedom Charter. In 1955, a collaborative organization, which was the precursor to the African National Congress (ANC) sent 50,000 people out to collect, via vox pop, the “freedom demands” of ordinary South Africans. The charter then summarized the rights expressed in a kind of manifesto: basic rights, such as work and housing for all, and forward-looking ones, including, “Slums shall be demolished, and new suburbs built where all have transport, roads, lighting, playing fields, creches [day care centers] and social centers,” “free medical care and hospitalization,” “equal pay for work” and “maternity leave on full pay for all working mothers.” Don’t forget, this was 1955, the year that “Rock Around the Clock” hit the charts and bobby socks were hot.

I really want Mandela and his freedom fighters to get their happy ending. I have read their book. In fact, I grew up during apartheid and have just about disemboweled myself in giving my guts, time, and income to various causes. It was only 22 years ago that, in my final year of high school, the ANC was unbanned. I long to see all the admirable goals of its Freedom Charter, chanted for decades by activists, made real in my country. No less, I yearn to see all the taxes, garnered from the sweat of my brow, well spent, spent on empowering the downtrodden. On causes other than things like the ANC Party hosting swanky golf tournaments, as they just did in celebration of their 100th anniversary of January 7, 2012.

Yes. The ANC Party just celebrated their birthday with an almighty, star-studded, $12-million bash and golf tournament. “Golf?!” I splutter, my outraged punctuation mark agitating both its fists. “Are they kidding?!”

The ANC Party is not exactly the government, so they can tee-off as and when they please, because it’s not quite taxes they’re spending. Furthermore, according to their spokesperson, golf was once an exclusive, whites-only sport and it’s a perfectly good one. We should, he declares, have golf courses all over our sunny country. Indeed, the Freedom Charter reads: “Rest, leisure and recreation shall be the right of all.” This warm-and-fuzzy notion about golf courses for all makes me curious about how many of those legitimate rights demanded in the Freedom Charter are really accessible to citizens now.

On my last trip home, I spent some time in Kalk Bay, a fishing harbor of Cape Town. There is a scenic strip of a shopping and dining street squeezed between mountains on one side and, a railway track running almost directly above the rocks that give way to the crashing waves on the other. Along the Main Road lie cafes, bars, quirky design and antique shops to trawl through, and an independent bookshop. It’s the perfect place for the bo-ho chic, urban tourist, treasure-hunter and coffee-shop intellectual.

It was on the street corner, outside the famous Olympia Deli that I met a pair of local African wire artists, doing a brisk trade in free speech. The pavement was decorated with handmade wire art, cursive words fabricated simply with a pair of pliers and wire, some of which is colored with narrow strips of recycled soda cans finely wrapped around it. Words were laid out on the tarmac in happily jumbled poetry: life, faith, dream, capetown, hope, trust, joy. And believe. That one grabbed me. As the dreadlocked businessmen offer their customers the option to customize their purchases, I commissioned them to make me a handful. They got me to pencil my words in capital letters in their notebook, in the spelling I desired: believe, normal spelling, four times, please.

When I flew back to my other home, I took with me a bouquet of artisanal words. The Freedom Charter states: “All the cultural treasures of mankind shall be open to all, by free exchange of books, ideas, and contact with other lands.” Accordingly, I offered these artworks as thank-you gifts to non-South Africans, explaining their origin.

In my dreams, I commission the artists to adorn all the cities of South Africa with slogans from the charter in wire-art words. The ANC Party pays for this, naturally, with the golf money. The next time I go home to South Africa, I will ask the artists to kindly make me some different words: freedom, charter, and interrobang.

Read about the fight for freedom of speech in South Africa here
http://bookslive.co.za/blog/2010/10/28/your-right-2-know-thousands-march-on-parliament-against-the-secrecy-bill-galleries/

Rift Valley Reflections is a blog that portrays the inner-city suburbs of Johannesburg, with intimate, fascinating and moving interviews, histories and profiles of South Africans and others from across the continent.