The river is a metaphor for life—it bubbles forth, small and rocky, then travels the breadth of human experience to finally release into the unknown. With such universal imagery, it’s no wonder some of the world’s classic literature takes place along the banks of a river.

Huckleberry Finn, The Wind in the Willows, even the bones of the Lord of the Rings trilogy, take place with travel along a river as a main theme. Perhaps because of these literary influences, I’ve always been fascinated by river travel. If there’s a chance to cross a river using a ferry instead of a bridge, I’ll do it, and river sightseeing trips always get my vote.

Here in Asia, there’s a wealth of opportunities to explore little-known areas by riverboat, chances to see riverine culture hidden to the train-and-bus crowd, and possibilities for contemplating the overall direction in which life—and the river—is taking you.

Some of the best river excursions available in Asia, surprisingly, are accessed by public transport. Taking the Chao Phraya ferry boats is a photo-worthy (and sometimes spray-showered) way to see a different side of Bangkok. Guangzhou’s ferries to and fro across the mighty Pearl River give visitors a unique perspective on the city and the waterborne culture and commerce that have made the area so successful.

But the true river adventure in Asia has got to be down the Yangtze River. It’s also one of the most controversial. One of the world’s longest rivers, the Yangtze has played an importance that’s hard to overemphasize to Chinese civilization—people have been living by its fruitful banks for 27,000 years. It’s the longest river in Asia (and, actually, just known as Chang Jiang, 长江, or “long river” by the Chinese). It stretches from the Tibetan cultural areas of Qinghai province—think grasslands and herders and big blue skies—through the mountains of Tibet, and Sichuan and Yunnan provinces, across the sun-scorched industrialized plains of Chongqing, and Hubei and Jiangxi provinces, until it finally spills out at China’s oriental pearl, Shanghai. 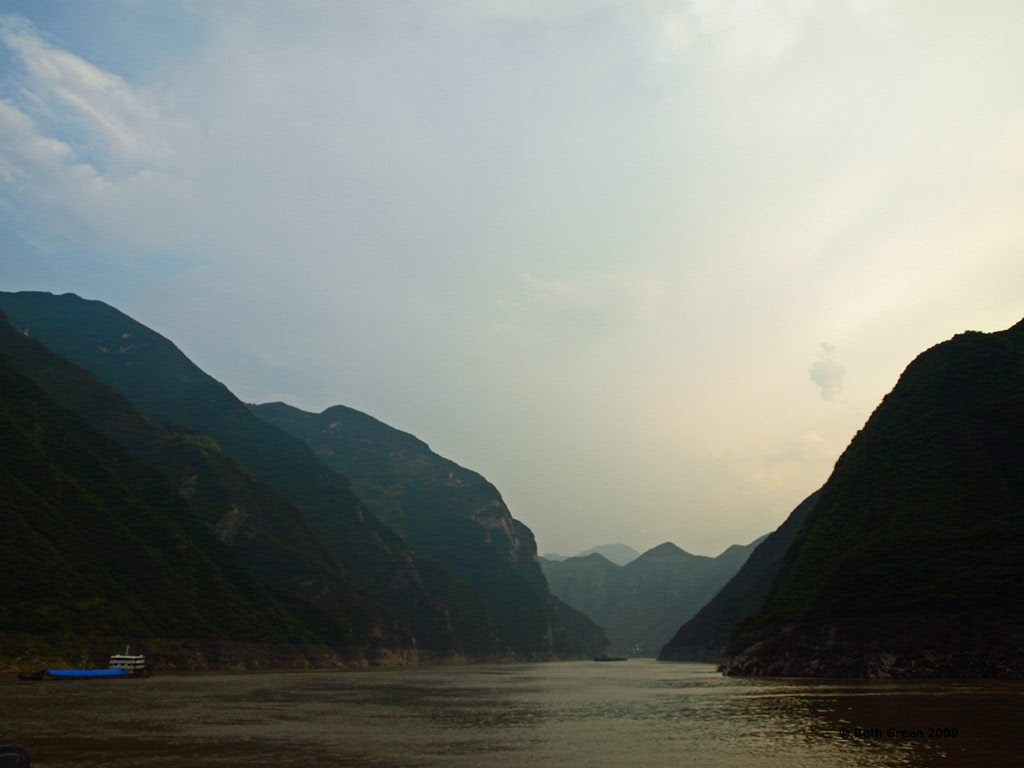 When China installed the Three Gorges Dam over the past decade (it’s been in place for years, but was finally completed only last year), the Yangtze leaped to the world’s attention. The dam project displaced millions of people who lived upstream, whose submerged homes you can now sometimes glimpse at the waterline of the river; further restricted habitat of endangered species such as the Yangtze river dolphin and the finless porpoise; and brought China back under fire from activists around the world. A fantastic book featuring the upstream Yangtze before the dam is Peter Hessler’s River Town, about his experiences as a Peace Corps volunteer in a riverside Sichuan town in the 1990s. On the other hand, the dam has brought hydroelectricity, improved shipping possibilities, and reduced the threat of floods downstream—all huge pluses for a population as large as China’s.

Many travelers were saddened by news of the dam's construction, assuming that the iconic cruise down the Yangtze and through the Three Gorges would be less stunning than before the water rose. I can’t speak to what it was like before the dam, but when I traveled by riverboat from Chongqing to Yichang in 2009, the trip was as magical to me as if I were a character in a work of fiction.
Most cruises start in Chongqing, China’s hugely populous city-province. I’ve heard reports that 30 million people live in Chongqing, but because so many are unregistered, they have never all be counted. The official (OK, Wikipedia) population is ONLY 28 million. If it’s a city where two million people can be added or subtracted without making a big difference, you know you’re somewhere crowded.

The Yangtze offers cruises for all budgets and time-frames. Wealthy foreigners who want more luxe and less China can splurge on five-star options with swanky restaurants and casinos. There are some in-between options, and then, also, the 11-hour fast ferry that doesn’t stop anywhere, but lets you look out of the windows as it whizzes past a dozen dynasties’ worth of historical monuments and curiosities. You can also choose to take a slow boat all the way to Shanghai.
Cruises offering four nights on the water between Chongqing and Yichang usually manage to strike a balance between hitting the best things to see along the river and not giving tourists too much cabin fever.

Along the river, most boats stop at a few ancient temples, a fortress or two, palaces and museums, interesting rock formations, hanging coffins, and the Little Three Gorges. The Big Three Gorges is a set of jaw-dropping red-veined cliffs between which your insignificant craft floats on the brown water like a leaf through a highway culvert. To visit the Little Three Gorges, you switch to shallow-drafted boats and then venture up a turquoise blue Yangtze tributary to see delicate monkey-inhabited cliffs, jungle-buried waterfalls, and singing boatmen.

At the end of the boat ride (or the middle, if you’re venturing all the way to Shanghai), whatever your views on the placement of the Three Gorges Dam, it’s worth visiting the structure to see the sheer awesome power of the water as it rushes through the hydroelectric dam and appreciate this feat of modern engineering. In 27,000 more years, I’m sure it will be just one more of the venerated monuments visited on future travelers’ journeys down the mystical Yangtze. How’s that for a metaphor of life?
Posted by Beth Green at 7:07 AM