Off the Beaten Track: Getting Around, Ancient Style 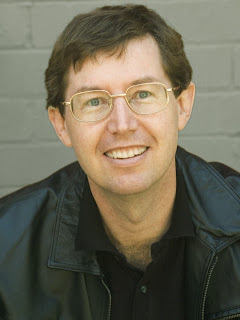 Novel Adventurers are very happy to welcome back our guest blogger today. Gary Corby is the author of The Pericles Commission and The Ionia Sanction, the first two books in a murder mystery series set in the ancient world. The third book, Sacred Games, will be released in May 2013.  He lives in Sydney, Australia, with one wife, two daughters, four guinea pigs, and two budgies. You can catch him on his blog at GaryCorby.com, on twitter, and on GoodReads.


It's lovely to be back at Novel Adventurers!  Last time I was here I wrote about whether it's possible to get a visa to the ancient world (here).  Because, you see, I write murder mysteries set in ancient Greece.  My heroes are Nicolaos, the elder brother of Socrates, and Diotima, the greatest lady philosopher of her age, who just happened to be Socrates' teacher.  Ancient history is an interesting subject for many people, but for me, it's also a job skill.

That includes knowing how people traveled about.  A lot of us equate rapid and distant travel with the modern world.  It's not true!

I once took the ferry from Bodrum on the coast of Turkey, to Crete, in the Mediterranean Sea, halfway to Egypt.  (There's an amazing Crusader castle at Bodrum, by the way).  The trip took about the same time as a trireme would have taken, two and a half millennia ago.

Of course, anyone who's ever traveled on Greek ferries knows that getting to the destination per schedule isn't necessarily part of the ticket.  A more telling example is that the overnight train from Athens to Istanbul is no faster today than a rider with a spare mount could have managed in the ancient world.  The Persians had by then created a system called the King's Messengers, which was a relay system of super-fast riders on quality mounts.  Those guys could move a message from one side of the Persian Empire to the other in three days, and that was the largest empire the world had yet seen.  Three days isn't up to internet speed, but we're talking about written letters, and that sort of time is on a par with a modern postal service. 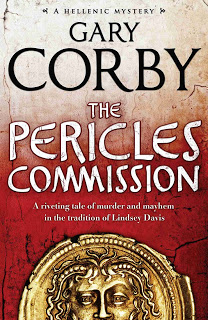 If you wanted to travel about, there was no one to stop you.  No passports.  No visas.  No border guards.  (City guards were another matter).  Also, no highway patrol.  If you traveled far from home and got attacked and killed, then your body would be left to rot in some ditch by the road.  No one back home was ever going to know what happened to you.  Nor would locals necessarily care except to complain about the smell as they passed by.  Self-defence skills were at a premium!   Another minor problem was being attacked and enslaved by pirates, or held for ransom.  This actually happened to the famous philosopher Plato.  He was captured on a return trip from Sicily, and his friends had to buy him back.

The funny thing is, everything I just listed is something that can happen to you today, if you stray into the wrong parts.

Greek shipping went a considerable distance.  It's a little known fact that the French city of Marseilles was originally the Greek colony of Massalia.  Incredibly, there've been grave goods found in Britain that are almost certainly from Mycenaean Greece.  They're all in Cornwall--at the Rillaton Barrow in fact--so it's likely some Greek trader got his boat past Gibraltar and up the Atlantic coast, and then took off across the English Channel.  The earliest Greek who we know for absolute sure got that far was a fellow called Pytheas, who came from Massalia.  He reported landing on an island called Pritannia.  It's no coincidence that today we call the same place Britannia.  Pytheas continued on to Norway, where he saw the midnight sun. 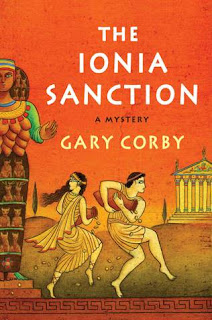 Going in the other direction, there have been scraps of silk found in the grave of a German warrior dated to 700BC.  That's way early for the Silk Road to be open, but by the time of Nicolaos and Diotima, the road is open at least as far as Persia.  It was therefore possible, in theory, for someone in Nico's time to make it from Britain to China.   And everywhere you went, there'd be different languages, different foods, and wildly different cultures.  Which is all to the good if you happen to be me and writing that period.  I often think that to be an adventurer in that time must have been like living in an epic fantasy.

Posted by Alli Sinclair at 7:00 AM