The Bounty of the Hills: Coorg, India 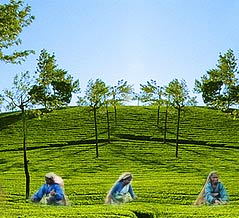 You may not have heard of this tiny place, one of tropical India’s most beautiful regions, but chances are, you’ve tasted one of its many edible delights.

Coorg, in the country’s southwestern mountain range – between the Arabian Sea and the Deccan Plateau, is a tiny, mostly rural region whose economy relies on its rich agriculture, plantations, and forestry. At its lowest elevation, Coorg, also known as Kodagu, is 3,000 feet above sea level, and 5,500 at its highest. Rainy season lasts a long time, close to half the year, and in some areas, receives more than 160 inches of rainfall a year. Just imagine the handsome produce from this weather. And the misty hills and lush, verdant valleys. 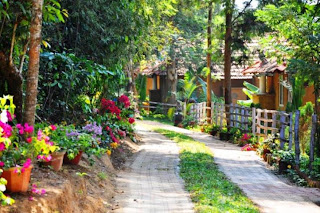 Coorg’s number one cash crop is coffee, which thrives in the region’s steepest, shaded areas, intercropped on plantations along with cardamom, peppercorns, vanilla beans, cinnamon, nutmeg, cloves, bananas, and oranges. Both practices, planting crops in the shade and intercropping with spices and fruits, are practices said to enhance the unique flavor of Indian coffees. You’ll find lots of rice paddies on the less steep parts of the hilly land. In the valleys, you’ll find ginger crops and meadows and, yes, more rice paddies. And in the forest, honey, rubber, bamboo, teak, sandalwood, and cocoa. 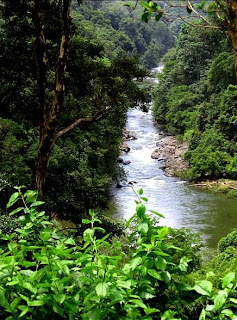 So much of Coorg’s way of life is tied to the land that even its major festivals revolve around it: Kailphodu, on September 3, the time when rice is transplanted, to aid in double cropping late season, and a ritual ceremony is performed to guard the crop from wild animals; in early October, Kaveri Sankramana, to venerate the holy river Kaveri that runs through the region; and Puttari, the rice harvest festival, around late November or early December.

In the last few decades, eco-tourism has become popular too. A number of fairly affluent Coorgis are turning their beautiful old plantation estates into guest houses, which are popular with tourists who want to enjoy all the amazing things to see and do in this verdant land – waterfalls, wildlife sanctuaries, several Tibetan settlements and monasteries, amazing scenery and natural vistas, the Kaveri river, an elephant camp, and lots of outdoor sports, such as whitewater rafting, rock climbing, camping, fishing, and so on. 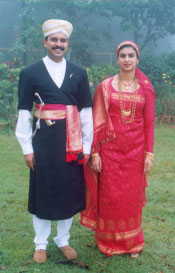 Many Coorgis have settled into farming today, either as landowners or labourers, but they have a most interesting background, making up a unique Indian subculture. While most Coorgis practice Hinduism, they come from a tradition of ancestor worship as well as the martial arts. Their cuisine includes lots of pork and game dishes, alcohol flows freely, hunting is an age-old tradition, and the traditional garb for men includes a warrior’s uniform – dagger, pistol, and all – and for women, a very different style of wearing a sari.

The region has produced many well-known Indian generals, including the country’s first one after independence from the Brits. Coorgis are generally considered brave and aggressive, and they carry on their age-old tradition of warfare through their rituals, festivals, ceremonies, and weddings. Men perform martial art ceremonies at weddings. At the Kailphodu festival, the one where men prepare to guard their crops from wild animals, all the weapons are removed from the prayer room (owning guns is not much of an Indian tradition, but keeping them in the prayer room has to be even rarer). These guns are cleaned and decorated with flowers in the religious Hindu ritual known as puja. Sports and physical contests take place, including testing players’ marksmanship by firing their guns into coconuts tied atop tall trees.

But back to the coffee. 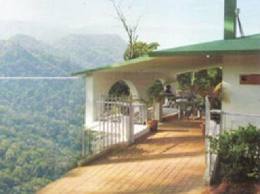 Legend has it that in the early 16th century, a Sufi Muslim saint, Babubudan, during a pilgrimage to Mecca, smuggled seven beans of different varieties, from the Yemeni port of Mocha, wrapped the beans around his stomach, then planted them in the southern part of the Indian state of Karnataka, in which Coorg is located. The hill he planted them on, Chandragiri Hills, is now renamed Baba Budan Giri (giri meaning hill). Interesting side note: it was illegal to take coffee beans out of Arabia back then, but as the number seven is sacred in Islam, the saint’s carrying out of seven beans was considered a religious act. Make of his act what you will, but it did mark the beginning of the coffee industry in India.

Soon, coffee cultivation in India spread from southern Karnataka to the neighboring states of Kerala and Tamil Nadu. And under British rule, coffee plantations in South India overall flourished so that the colonizers could export them around the world. Today, Karnataka produces two-thirds of all the coffee grown in India, the most common arabica and robusta. And while coffee houses, bars, and co-ops thrive in India itself, about 80% of its production is exported, mostly through the Suez Canal to Europe, the United States, and Japan. About a fourth of this export goes to Italy alone. Indian coffee is particularly popular in Europe for making espresso, as it has less acidity and more natural sweetness. These days, India's production of organic coffee is also taking off.

So the next time you sit down to a cup of arabica or robusta, check out the label. If it’s from India, chances are you’re tasting some of the country’s finest beans. Take a sip, close your eyes, and picture rolling hills and grand estates, and enjoy the result of seven stolen beans.
Posted by Supriya Savkoor at 7:00 AM