The Power Of Many 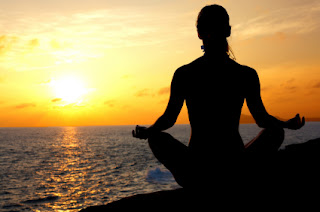 When I started travelling, my eyes opened to all the wonderful possibilities for healing there are in the world. I witnessed eastern and western medicines working alone and together and saw people rely entirely on faith with remarkable results. But it wasn’t until a few years ago, when my three-week-old daughter lay in an ICU in a Canadian hospital, that I experienced the meeting of two worlds – the medical and the spiritual – and how those two combined, can make a difference.

My daughter contracted a type of meningitis that is very rare. The medical profession couldn’t work out how she got it, and they didn’t hold out a lot of hope for her to survive, let alone function like a “normal” child. If she made it through the first 72 hours, they expected her to have numerous disabilities. Not one to give up easily, I asked friends and family around the world to help us out. I didn’t care what people believed in, whether they prayed, read tarot, or spoke to aliens, I needed their spiritual support in any way they saw fit.

A friend of a friend, Alys, happened to be in New Zealand at the time, attending a gathering held by a Brazilian man I’d heard about over the years. João de Deus (John of God) is known for helping the infirm heal and people travel from every corner of the globe to see him. He rarely travels outside of Brazil, so it was pure luck (or was it?) that Aly was with him at the time of my daughter’s illness.

Here’s Alys’s experience in her own words:


When I was in Brazil in 2005, I felt drawn to spending some time at a particular meditation centre in the middle of Brazilian plateau. This place had an outward focus of spiritual healing through connecting with the divine entities of the Casa De Dom Inacio. It's a fairly typical representation of spirituality in Brazil, albeit on the miraculous side of the scale. The energy is powerful and subtle, it is the embodiment of love and chaos as old patterns are torn off. It's a washing machine for karma.

I stayed in touch with the energy of the Casa after I left after staying there for six weeks. I later participated in the John of God event in Wellington when João de Deus came to New Zealand in 2006. I'd been carrying a crystal round with me from the casa in 2005 and when a special friend of mine that I'd met in Abadiania (the Casa in Brazil) told me about a friend of his that had a sick baby in hospital, I dedicated the crystal to this baby and took it with me to the three days of meditation. 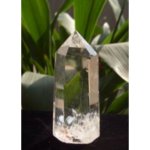 The whole event was geared towards healing our spiritual karma and finding the peace within our process. With the dedication in place, I wrote a poem after the event for baby Rebecca and sent the crystal off to her parents in Canada so they could place it by her side while in the hospital. I had never met the parents, but it felt an honour to pass the crystal on to such a loved child.

John of God, born as João Teixeira de Faria, discovered his healing abilities at the age of 16. For more than three decades, he’s worked out of the Casa de Dom Inacio, a healing centre near Abadiania, south of Brasilia, in Brazil. People with all manner of illness travel great distances to visit him – people with cancer, auto immune disorders, arthritis, injuries from sports and accidents, emotional disorders, including depression, schizophrenia, and addictions... the list goes on. He also works with people who have problems with their family and loved ones, and many look to him for guidance in repairing their fractured relationships.

Each year, tens of thousands of people visit this Casa de Dom Inacio, with 500-600 people lining up every day to share even a moment with him. He doesn’t profess to be tied to any one religion, in fact, he says he incorporates all religions, even though Brazil is a predominantly Catholic country. John of God says anyone who believes in any higher power is welcome. Through the casa there are symbols and pictures from many religions, including Christianity, Judaism, Islam, and Buddhism.

John of God doesn’t have any formal medical training, yet he is known for helping many desperately ill people heal. In numerous interviews I’ve read, John of God tells people he’s a simple farmer who wants to help people. He says he can’t look at blood and won’t even get a flu shot, he hates needles that much. But when he’s in healing mode, the sight of blood doesn’t seem to register.

Unlike other mediums, John of God doesn’t claim to cure everyone. He never asks people to stop taking their medication or to stop treatments like chemotherapy. He also doesn’t ask people who are gravely ill to make the trip to Brazil, he does, however, offer to heal by proxy. Thousands of people from all walks of life swear healing by proxy has worked for them as a result of John of God and his work.

At the casa, John of God has hundreds of volunteers help organise the visitors and nurse the sick, as well as pray for eight hours or more every day in special healing rooms. With that many people devoting themselves to others and sending nothing but love and prayers to the heavens, it’s a little hard not to be affected in some small way.

What I’ve learnt over the years is religion can take many forms – some official, some not. Sometimes it’s a god, sometimes many gods, sometimes it’s a feeling a person has, or a way of life they lead. Western and eastern medicines can both heal, and sometimes the combination of both disciplines and people’s positive energy coming together can make great things happen. 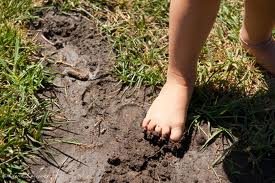 When my daughter was desperately ill and needed all the help she could get in the medical and spiritual sense, she received it in many ways. The wonderful doctors and nurses worked hard to bring her back to health, and she had the love and prayers and positive energy of hundreds of people, many complete strangers, who believed that faith and love can bring about healing. Personally, I think the world needs both western and eastern medicine, and the positive energy of many to help heal.

My daughter is now a bright, healthy five-year-old without one single disability the doctors thought she might develop as a result of her illness. When I look at the beautiful white crystal capturing the early morning sunlight on my daughter’s window sill and see the twinkle in her brown eyes, I know that it doesn’t matter what people believe, as long as they believe in something, it can change people’s lives.
Posted by Alli Sinclair at 7:00 AM